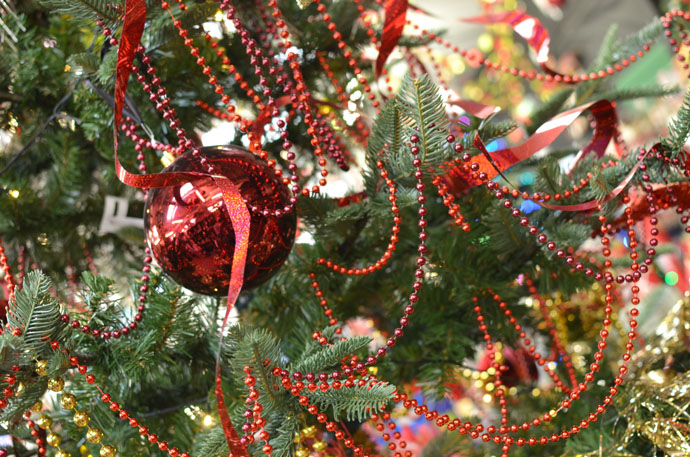 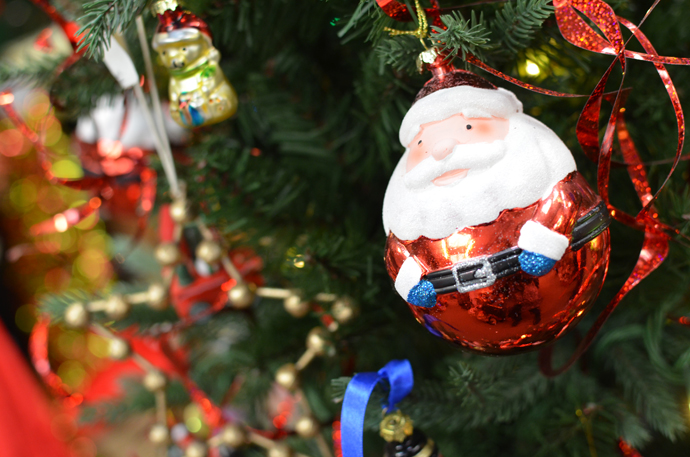 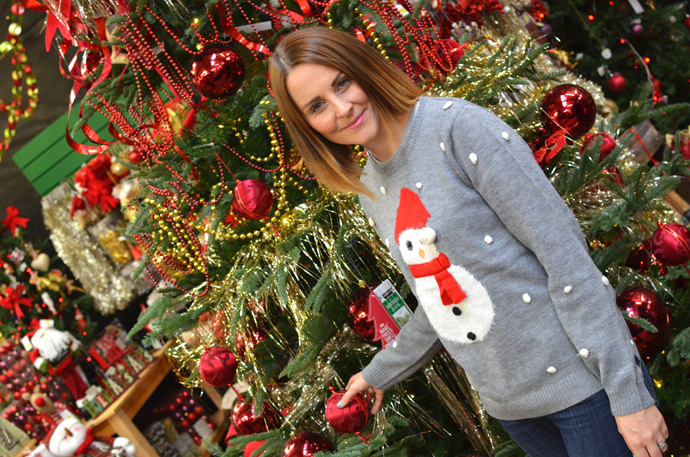 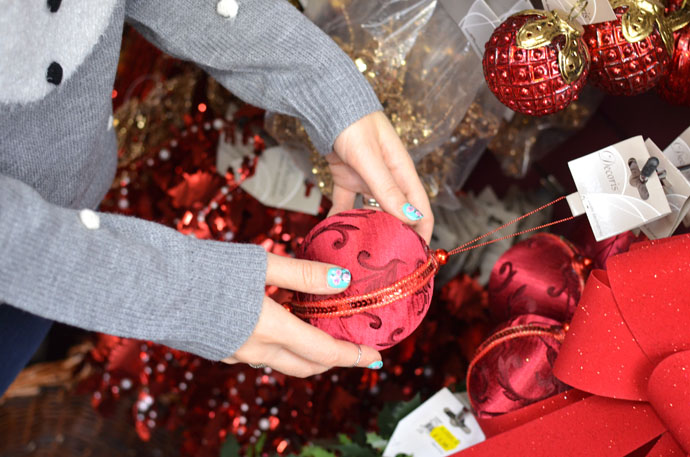 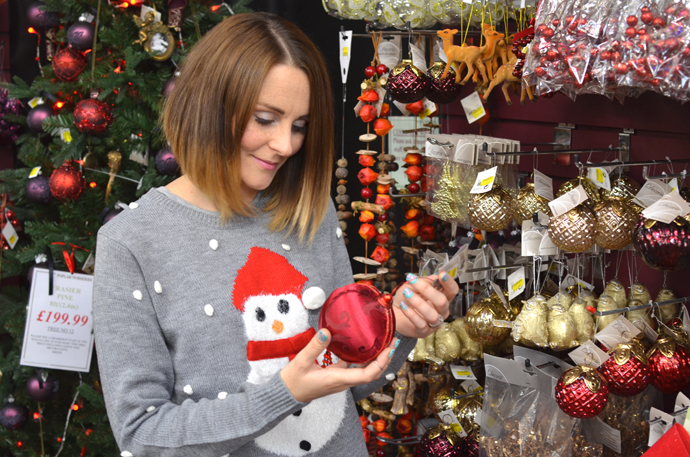 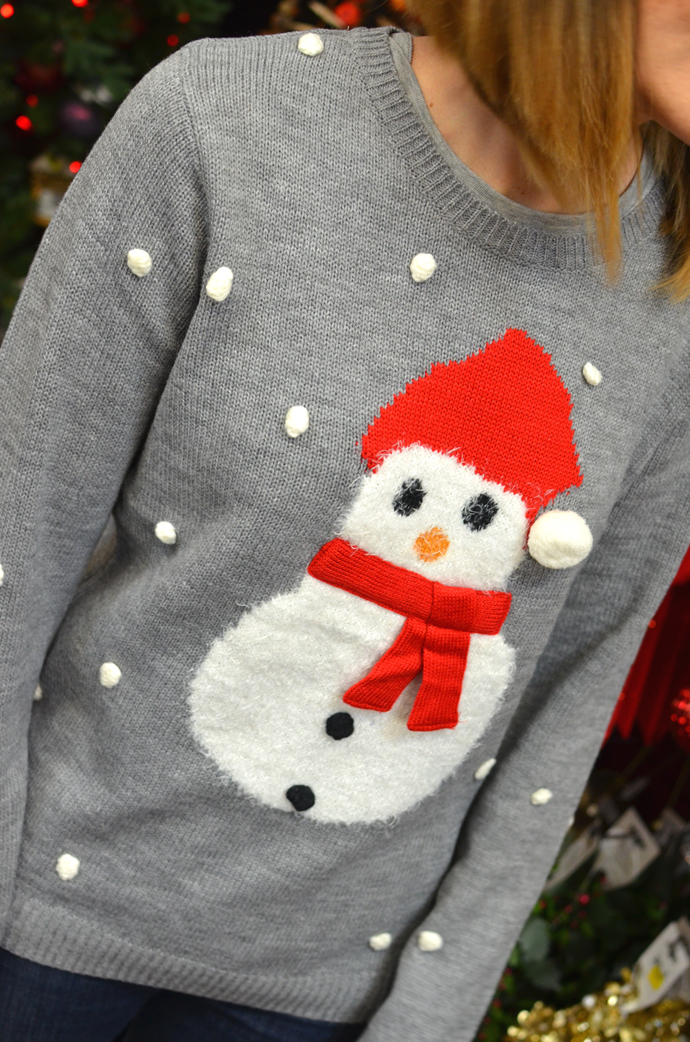 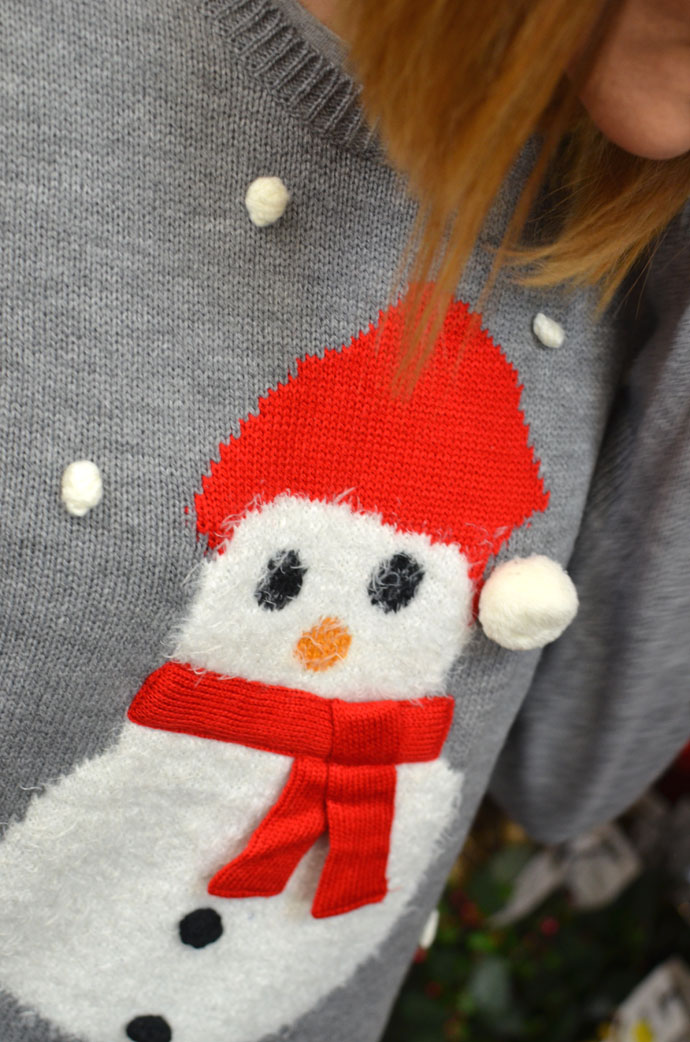 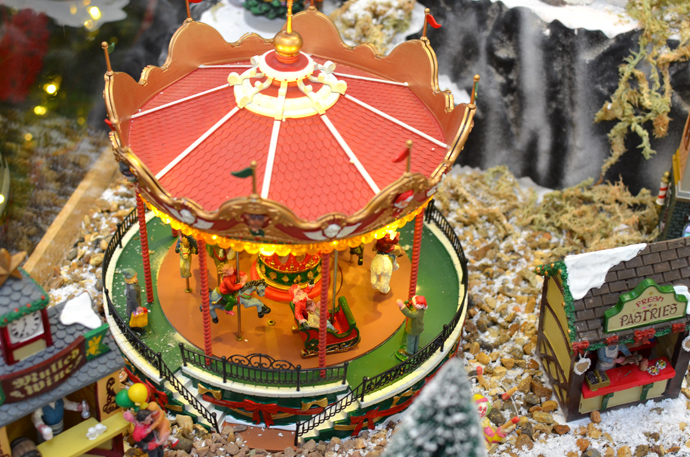 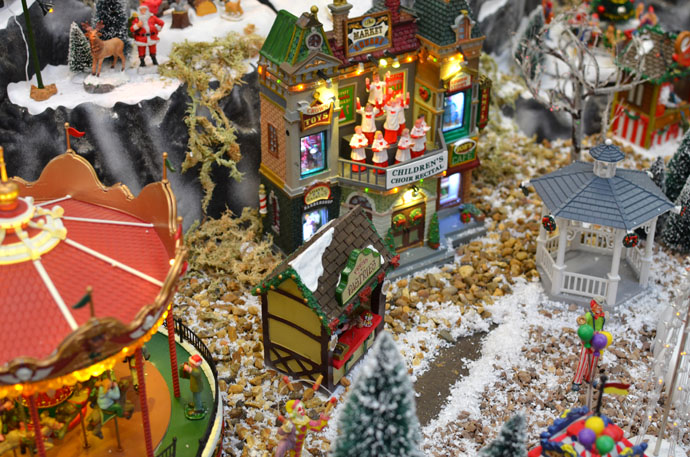 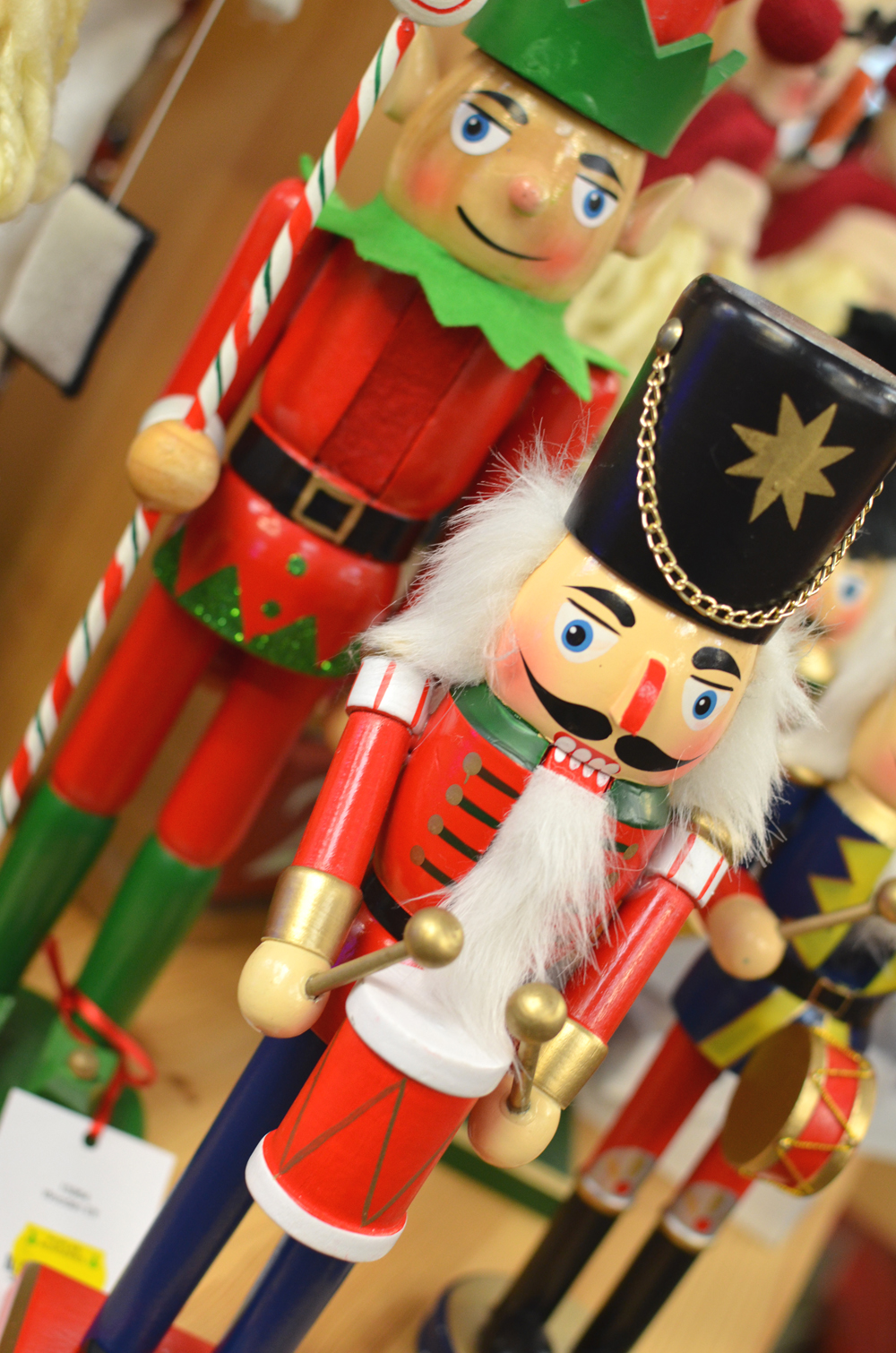 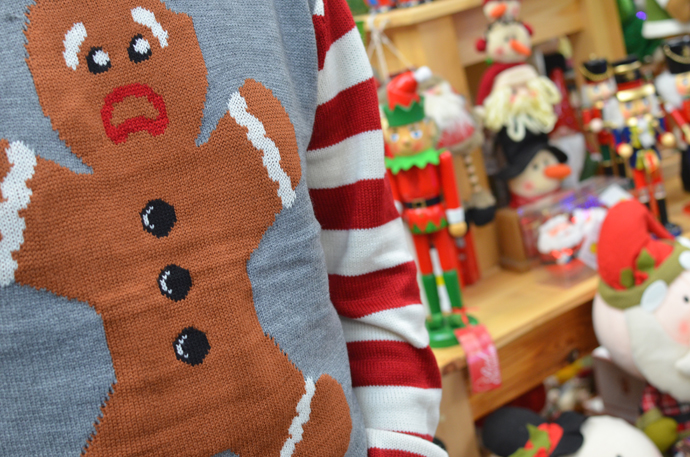 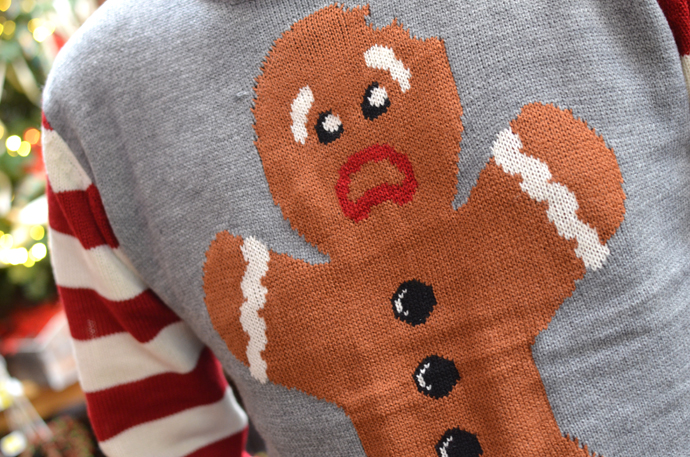 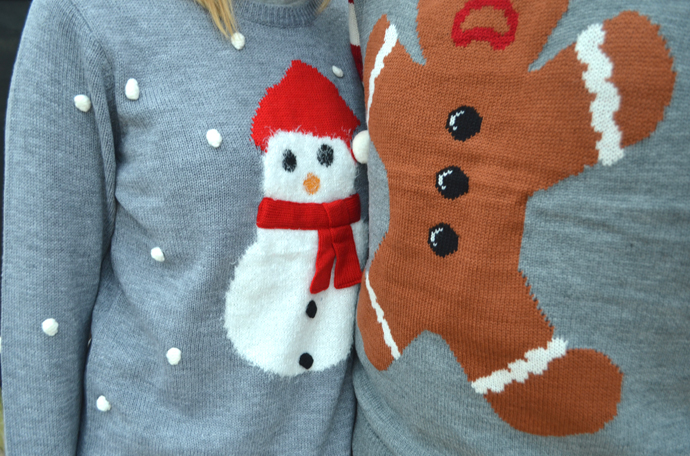 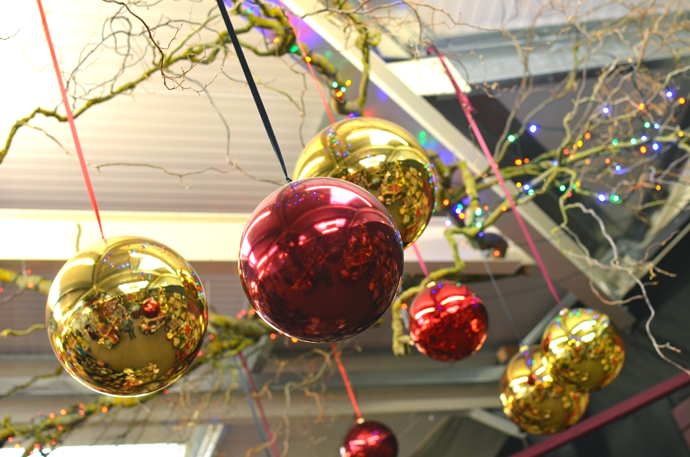 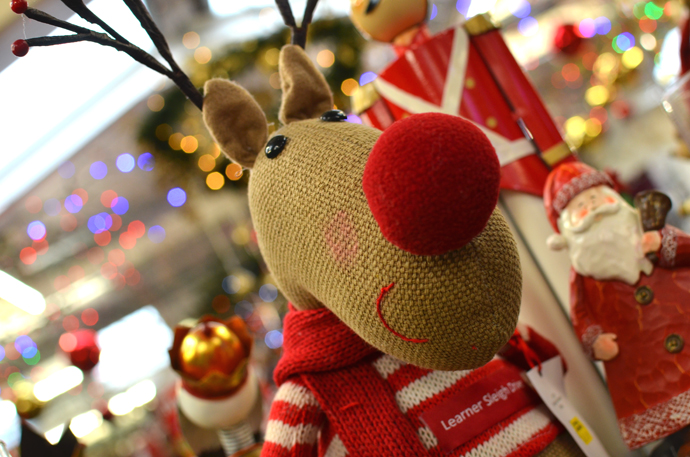 Now that Halloween is over I have to say I’ve started thinking about Christmas already, has anyone else??
I know its still two months away but on Sunday we had a very festive day with a bit of a trip to our local garden centre Poplar Nurseries  who have the most amazing Christmas section for a bit of a nosey at some Christmas decorations. Then we had a yummy sunday lunch and headed home to watch films all day (one of which was Miracle on 34th street my favourite ever Xmas film!!!!)
Plus me and the other half gave our lovely Matalan Christmas jumpers an outing! Christmas jumpers were huge last year and this year I knew I wanted one with some pom poms on so this Snowman one from Matalan was perfect. We may have looked like the most Christmas-Loving couple in Essex in our colour co-ordinated jumpers but the Mens gingerbread man jumper my other half had on received compliments all day with people saying they loved it and asking where it was from.
Good job really as I chose it for him, ha ha, but he did wear it all day so I think he secretly loved it too! Matalan’s range of jumpers are online and instore from this week – find them here
*
I’m so excited for Christmas this year. Whats everyone’s plans?? Do you love a Christmas jumper??

What I Wore – River Island Midi