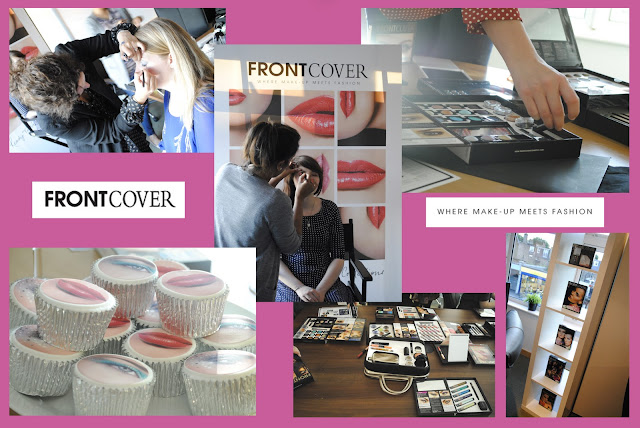 Last week I went to the launch of Front Cover’s new Autumn/Winter makeup range. It was a small and nicely personal event with sessions spread throughout the day each made up of 6 or so bloggers being taken through the ethos behind Front Cover and then an opportunity to play with and test all 14 new kits whilst being treated to cupcakes and champagne throughout. 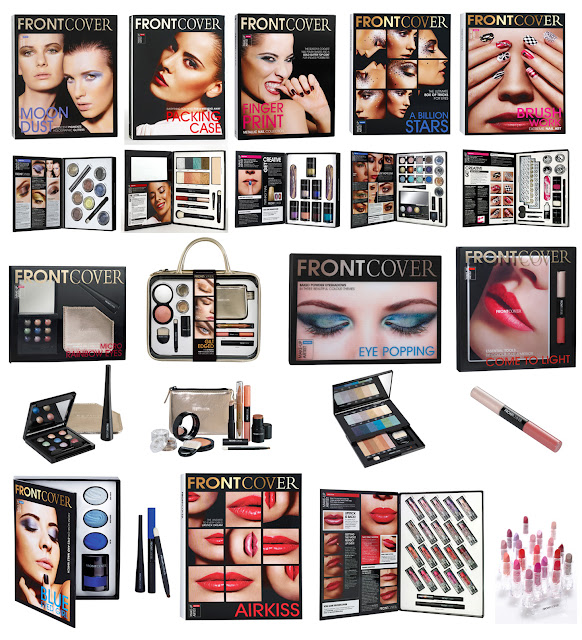 For those of you that don’t know of Front Cover they produce affordable high quality kits which include everything you need to create a bang on trend look. The kit always has tutorials and pictures of how to achieve the look and Front Cover claim all looks on the box were only created using exactly what was in the box!
I’ve been a fan of Front Cover for a while now and I already own one of their to go kits from last year, which includes a range of baked domed shadows which can be removed and popped into the to go palette. I really like shadowline too which makes any eyeshadow an eyeliner. I’ve also longed for the much sought after Front Cover Eye Spy kit from 2010 which included amazing eye glitters, but Front Cover’s kits are always limited edition. I think most people may perceive these kind of kits as merely christmas presents but I think the new range has several kits that I’d buy for myself as part of my personal makeup.
My only criticism of Front Cover has been that the eyeshadows are too sparkly and not great for everyday wear but it seems they’ve really listened to this feedback from customers and their new kits include satin pressed shadows and a new formula called Satin Shot Effect shadow which have a creamy and almost liquid texture.
This year the boxes include even more tools including pencils, brushes and even mascara. They also have branched out including kids for nails, lashes and lips. I was really impressed and thought I’d take you through my favourite kits from the day.
MOONDUST

I was so impressed with this kit. Normally glitters and pigments don’t excite me that much but this kit had an edge. The product shadowbase whcih is a highlighter/primer stick was amazing. A cream type shimmery bronze stick it can be used as a highlighter on the cheek bones or apply it to the lid and then pat the pigment onto it. The pigment adheres to it and gives it great staying power. Glitter can be applied the same way. 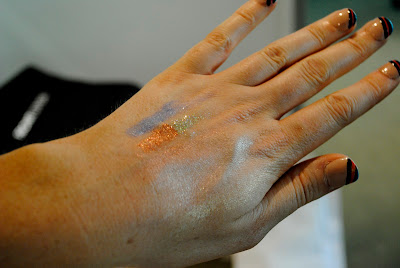 I was wowed by the vivid colour of the copper pigment and I think I’ll be popping Shadowbase onto my wish list. 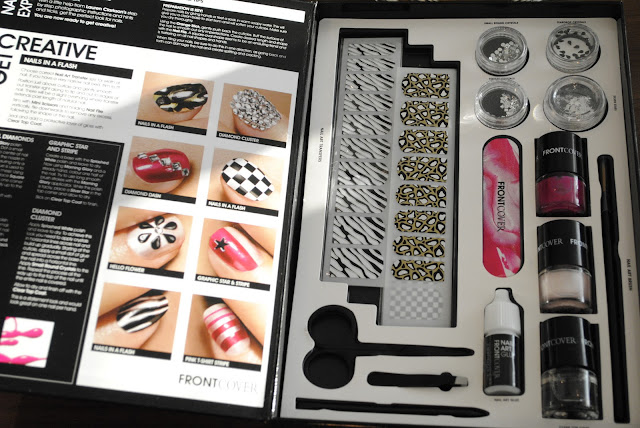 Thanks to my new found love of nail art I headed straight for this kit. It was packed with lots of goodies for the budding nail artist and despite none of these items being super revolutionary what was great it to have it all in one kit including most importantly all the tools you will need like tweezers and glue. Also one of the bloggers who tested the no need to heat adhesive nail foils said they were great too.

This was by far my favourite kit of the day and when invited by Front Cover to choose one of their new kits to take away with me it had to be this one. 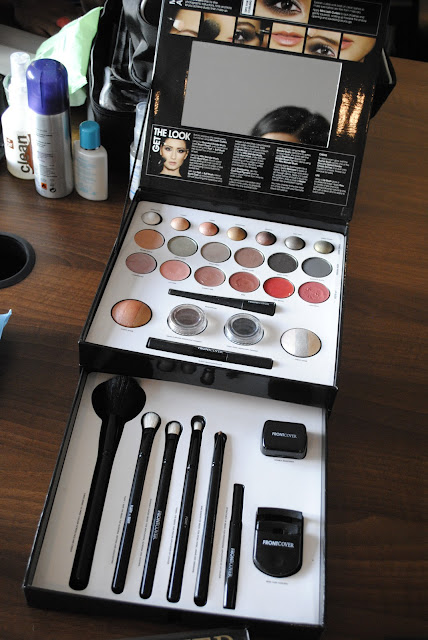 I was drawn to this kit for several reasons. It has a lovely range of baked iridescent shadows in lovely neutral and warm shades as well as a line of satin pressed shadows in 6 lovely everyday shades.
The 6 lip glosses come in some great shades and as someone who fears wearing lipstick these are a great alternative for me.
The kit also contains two other domes one blusher/bronzer and one highlighter, and two pots of pigment. Included is also a shadowline, a mascara, and all the brushes and tools you could need in a drawer underneath.
I’ve since had chance to test out this kit and took it away with me to Brighton last weekend. Despite not being the most portable kit it was a blessing to have with me. I used the satin shadow for the daytime and then added a baked powder and used the shadowline for dinner in the evening. The new satin eyeshadows are lovely and go on really nicely, also the blusher/bronzer dome had a really nice colour to it and a nice shimmer. The brushes are really excellent and not the usual cheap type you get in “gift sets”. This set is great and I’m sure I will get great use out of it.

Special mention should also go to the kit A BILLION STARS which contains the to go pallete and removable shadows as well as the new Satin Shot shadows.

All in all a great event. Met some lovely bloggers including Sami and Lisa from Beauty Aesthetic who are nominated in the Cosmo Blog awards so head over and check them out.

TEN OF THE BEST – HALLOWEEN EDIT