Skip to content
I was really lucky to go to Vodafone London fashion Weekend at Somerset House on Sunday. I won tickets through a couple of competitions and so me and two friends were treated to entry to this fabulous event. There is so much to talk about I’m going split it into two posts as there’s too many photos for one.
So firstly here’s what I wore.

Top – Topshop
Necklace – Primark
Ring – Primark
Skirt – H&M
Pumps – Primark
My nails were a new stripe design I tried out using Elf’s Mango Madness, Barry M Cyan Blue, and black stripes courtesy of Andrea Fulerton nail pen. The base colour is a So Simple by No7. I had quite a few compliments about them on the day.
And as there was three of us there – here’s what the girls wore too. 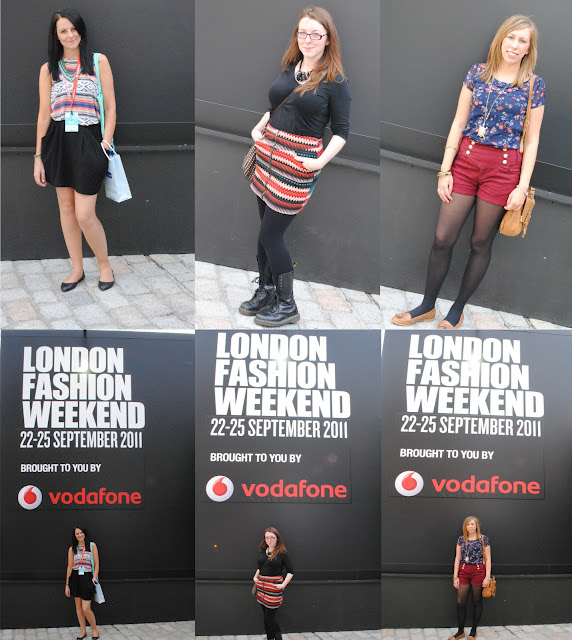 Vodafone London Fashion Weekend is basically a Designer Discount Shopping event which tails onto the end of London Fashion Week. But it was full of not only designer shopping, but catwalk shows, beauty makeovers, cocktails and this year had a Vintage section too. There was so much to do and easily lots of money to spend. The Vintage section featured a Lucy in Disguise stand and vintage style makeovers. 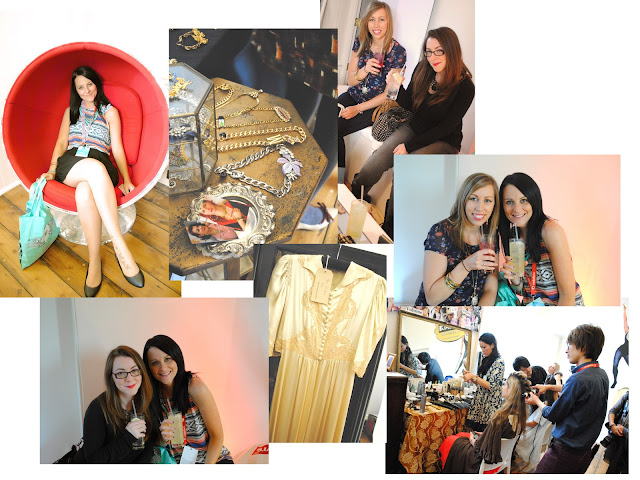 We also had a free cocktail at the very swish Hoxton Gin bar which as I dont really like gin was not my cup of tea but the girls necked theirs down!! ha ha
One of the competitions I won included me and a friend being fitted for a pair of brand new Levi Curve Id Jeans and have our photo taken.
I was unsure about the Curve ID theory. They measure you up and determine whether you are slight curve, demi curve, or bold curve. I was Demi Curve. The lovely man then selected me a pair of jeans in my size from the Demi curve section. I went for Indigo skinnies.
I tried them on and I kid you not they are the most comfiest, best fitting, most flattering pair of jeans I’ve ever owned. My friend who also won a pair picked a grey pair of skinnies.
We were all so amazed by them that my other friend got herself measured and bought herself a pair too! 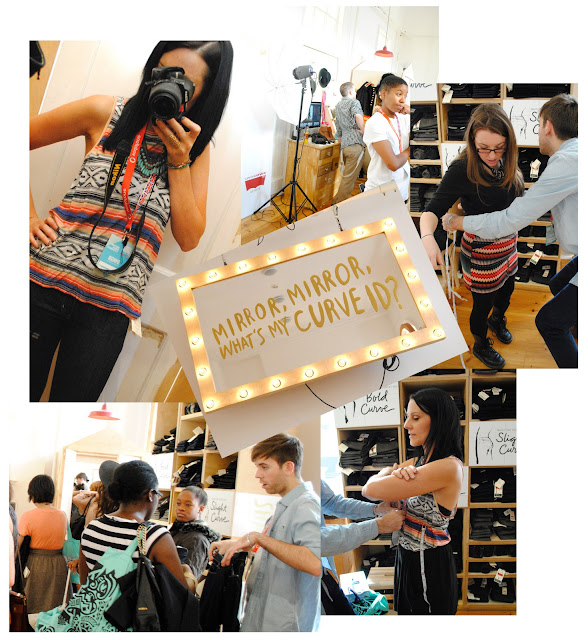 We then got a little mini makeover each and our photo taken which will appear on Levi’s website this week. Here’s hoping they use a good one. I posed in all sorts of silly coats and hats so there’s a chance it could be awful! 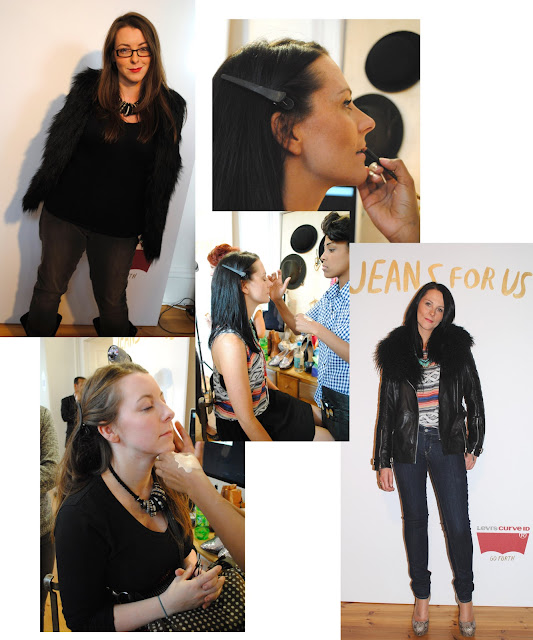 We had such a nice day. I was so pleased to have won the Levi’s competition thanks to Handbag.com and I also won jewellery by Lola Rose through the other competition on The London Perspective which I may give-away on the blog as its not my cup of tea. Good idea??
We also went to the 3pm catwalk and I’ll blog a few pics of that tomorrow.
Really great event and I was incredibly restrained and only bought a bracelet, a tinted Lip Balm by Burts Bee’s and the show bag which contained goodies from all the sponsors; Lavazza Coffee, Elizabeth Arden serum, Superdrug goodies like eyelashes, curl spray, Limited Edition diet coke, and  a £25 off Jaeger Voucher which I might throw in with the give-away too as I’m unlikely to use it. 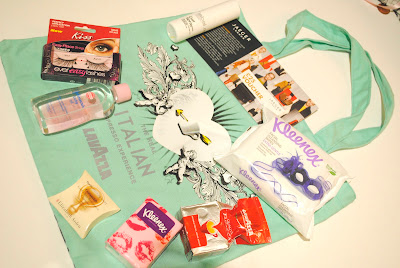 Give It Some Welly

What to wear to Ascot – With Wallis